There were 4 books in the original series, published late 's - early 's. A youth gets caught up in a war between the people of his world,including elves, dwarves, etc.

While following the dwarves to safety after a battle, he finds armor and weapons that turn out to be enchanted. His friend is apprenticed to a magician hence the title of the book. Brooks, Terry, The Sword of Shannara, It's a long shot, given the date, but there are elves, dwarves, a magic sword and high adventure! It is neither C S Lewis nor Tolkein. I have just finished reading Sword of Shanarra and can rule that one out.

I have acquired the Feist: Magician Apprentice, and this one looks promising. Raymond Feist, Magician: Apprentice , is definitely the one. My thanks for solving this mystery. The two children in it enter other worlds through a doorway in the attic which connects their houses, and one of the worlds has a red, dying sun. R8 is definetely The Magician's Nephew. The book G5 isn't remotely like The Magician's Nephew. I know the book being refererred to in R It's The Magician's Nephew , the first book in C.

Lewis 's Chronicles of Narnia. The Lion, the Witch and the Wardrobe is the second book in the series. Lewis , and is part of the Narnia series. I actually loved these books as a child and recently re-read them, and the plot described in R8 is the same as in The Magician's Nephew. All the Narnia books are worth a second look. The Chronicles of Narnia. Macmillan, Complete series of seven books.


Book Club hardback editions from the sixties see image. Magoose's Grocery , 's. I know this book well. This was a Parent's magazine book club book. H The Magpie's Nest, which shows up in many collections. Here's Joseph Jacobs' edition.

I'm not sure which edition you're looking for or if indeed you remember one in an anthology, which broadens the scope considerably. But this is certainly the folk story you're looking for. There are some little differnces, but the general plot line is the same The island and the teacher I agree with the person who thought the answer might be " The Magus" by John Fowles. Just to give a few more details that might help, the protagonist is Nicholas Urfe. The old man is Conchis. The daughters are Lily and Rose.

And there is another woman, who is in the end Nicholas's true love, named Alison. This book was made into a film as well. Conchis, a wealthy estate owner.

John Fowles, The Magus. The affair gets more serious than Nicholas can stand, so he leaves her to take a position as an English instructor at the Lord Byron School in the Greek island of Phraxos. Bored, depressed, disillusioned, and overwhelmed by the Mediterranean island, Nicholas contemplates suicide, then takes to long solitary walks. On one of these walks he stumbles upon the wealthy Greek recluse Maurice Conchis, who may or may not have collaborated with the Nazis during the war and apparently lives alone on his island estate. Inez Irwin, Maida's Little Shop.

She makes friends in the nieghborhood, one of whom turns out to be her nanny's grandson from Ireland. Only I think the diamond was in a necklace Emberley, Ed. This sounds like it could be any of the many drawing books by Ed Emberley. This definitely matches the description, although there may be others as well. I adored this book--you really could make a whole little world, without any particular drawing talent. Have you looked at the Ed Emberly drawing books? There are many and they are in the right time frame. Ed Emberley, Make a World. From description, most likely this one of his many books.

Finally back in print. It's one of my favorite gifts for children in elementary school--this book, a big blank book, and a set of markers, with the invitation to "make a world.

My favorite is a child who made an atlas of his "planet. Not sure who was the solver but, I thank you!!! I saw the inquiry about a book with the saying "hay foot, straw foot, left foot, right foot. The author is Jan Margo. 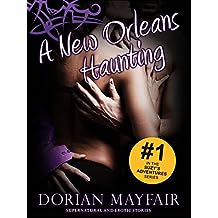 His sergeant, also a country fellow, asks him if he can tell hay from straw. Of course he can, any durn fool can do that! So Sarge ties a wisp of hay to one foot and straw to the other, and drills him by calling 'hay-foot, straw-foot' instead of 'left, right, left'. His only companions are a dog named Brogla an her puppy Rags.

I was enquiring about a book my family read 30 years ago. It was about a dog named "Rags" who loves his owner, a rancher, very much but is not appreciated by his owner because he is not pure-bred. At one point, the owner's two dobermans? Just after Rags runs off, a boy on the ranch runs up to the owner and tells him the other two dogs started the fight and crying tells him how much Rags loves him.

The owner is unable to find Rags no matter how much he looks for him. Finally, they meet in a blizzard and Rags almost dies getting the owner to safety. Then while Rags is dying the owner lays down with him and tells him over and over how sorry he is and Rags finally gets better. Bannon, Laura. Make Room For Rags. Houghton Mifflin, Illustrated by Vee Guthrie. When the small dog Rags appeared at the farmhouse in the middle of a storm, the family knew they would have to make room for her, for a short time, anyway.

Danny hoped that the place could be permanent, but the more Rags teased the kittens and chased the chickens, the slimmer the chances seemed to be.

The description sounds exactly like a book that my teacher read to me in 6th grade, approximately, It was about a man kept in a box in Vietnam and I think the local boy helps him escape to a cave. Dunn, Marylois, The Man in the Box, I am enjoying rereading it very much. I read that story over and over in eighth grade ! It made me want to learn fencing, though I never did. I keep thinking it is Richard or Robert somebody. If anyone can track down the literature textbook it is in, that would help me solve an earlier book stumper I sent in about a boy named P. This description sounds just like a short story I too had to read for an English class in junior high!

The point is that he does this so that the other students won't learn to look up to the arrogant, conflict-loving fencer and come to think of him as the "better" fencer, but instead realize that a peace-loving person could still be the better fighter if need be. The only problem is, Googling "A Man of Peace" coupled with "short story" doesn't yield any results, so perhaps I've got the title wrong. I'm still thinking about that fencing story now it's driving ME crazy!